My number 1 most requested resort as a travel agent who books runDisney races is Pop Century. There are a lot of reasons why runDisney runners and Disney vacationers enjoy this resort and I’m going to show off a few of them! A Pop Century room tour from September 2020.

You might be a Pop Century lover if you run all the races and spend your non-running time inside the theme parks.

For you, a resort that does the job and doesn’t bite your budget too hard is key- since, well, you aren’t really in the room much anyway.

I get it- and I am here to say you make very good choices!

Pop Century is one of my favorite resorts for a runDisney weekend for all those reasons and more.

Parking at Pop Century is ample if you end up renting a car.

And if you’ve stayed at the value resorts at Walt Disney World lately, you know there’s been some big step-ups in room design and comfort.

You can also get additional miles in around the resort’s lake using the New Balance jogging paths.

There are about 1.1 to 1.38 miles of jogging that can be done if you include dipping into the resort sections (50s and 80s) to make it a bit longer.

Might make for a long virtual runDisney race, but doing 3 loops could get that 5K done on property pretty easily!

Don’t forget to eat your cheese when you’re done!

So Pop Century has a lot going for it as a resort in general: a decent food court (usually- 2020/2021 is another story TBH!) and a great gift shop.

ps- if you are looking for the best and worst fall snacks at the Magic Kingdom, this is the post for you! 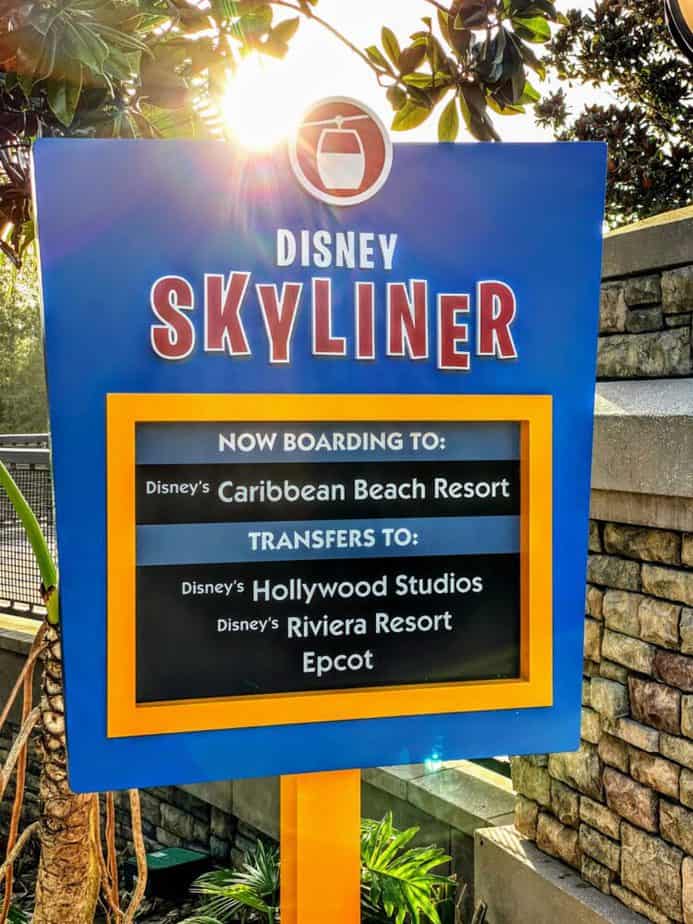 But when you book Pop, you are probably most interested in the room.

Here are some pics that help you see what you get inside the room.

I tried to take photos of major elements that matter to Disney vacationers- and yes, you runners and your need for coffee were top on my list!

It’s a single pod coffee maker at Pop Century (but you can brew two cups at once- just need two pods!).

We tend to use a lot of coffee on race weekends, so we always ask for a big bag of creamer and pods and cups!

This was the biggest upgrade to the resort in recent years.

You still get 2 beds in each room (unless you book a King) but one can also double as a table for work or meals.

We usually set the laptops out on the table to check email as needed (a TA’s work is never done- even when at Walt Disney World!).

That table is a super nice addition and great use of the space in the Pop Century rooms.

And all the pillows you could possibly want!

The bathrooms were not spared in the great renovation of 2018-2019.

And we are here for this new look!

Bright, airy, and full of useful cabinets and spaces. This makes spreading out as a family or group much easier now that there are more options loaded into the restroom area.

The powder room and shower are together in one area, and I didn’t grab a photo of the shower.

It’s a walk-in with dual shower heads (one can be removed and held for kids!).

And we have the standard bulk shampoo and conditioner and body wash located here.

Not my favorite, but the Mousekeeping staff keeps things stocked which is important to me. 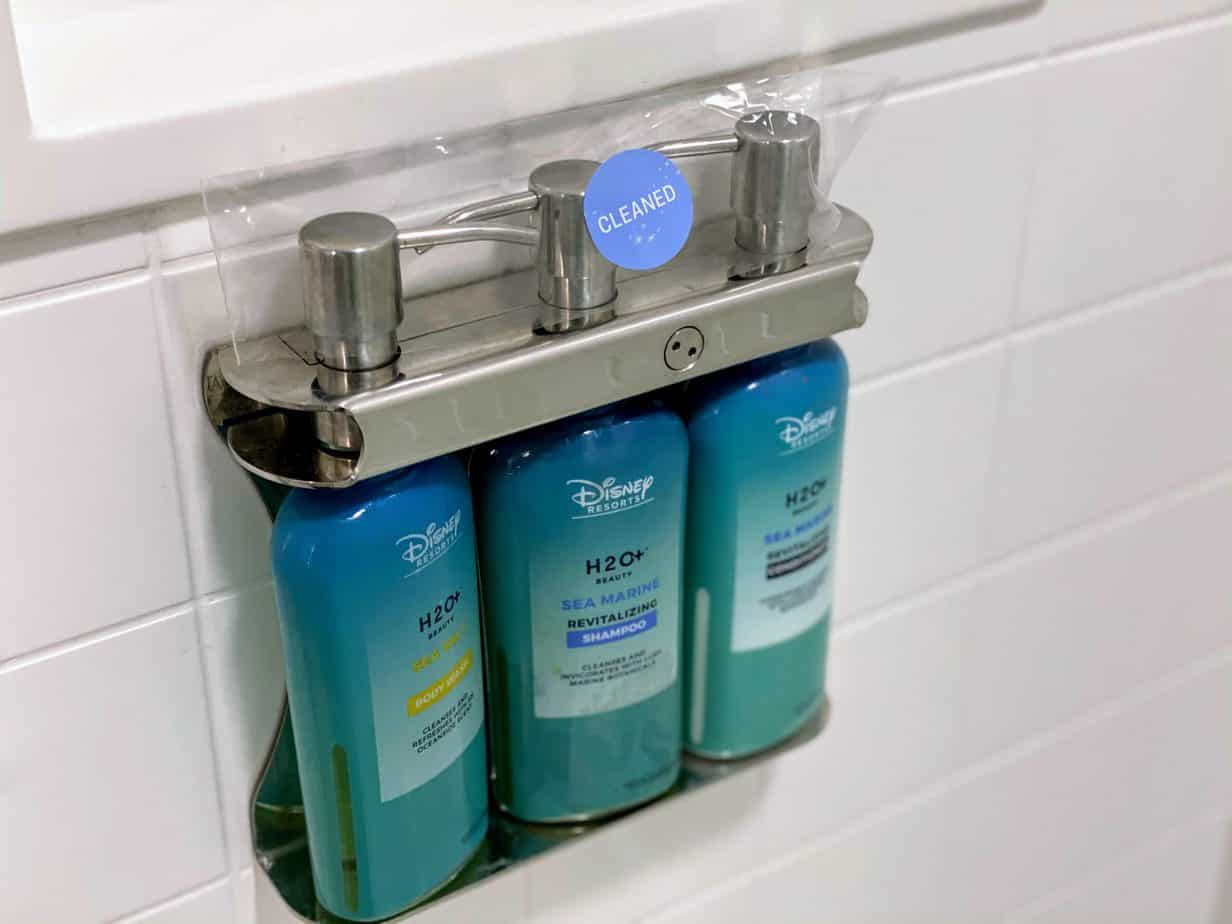 Extra Things To Note in the Rooms At Pop Century

The room comes with a standard Disney phone- and they actually work.

I can’t say that for all the phones I’ve used in Walt Disney World resorts, ahem.

You also get a cleaned and covered TV remote, big screen TV and TONS of plugs and USB outlets.

The newest travel option at Walt Disney World is the Disney Skyliner- and there’s a station located at Pop Century.

It’s on the bridge that links Pop to Art of Animation, and it’s so easy to access.

We changed our dining plans just so we could take advantage of this travel option and hit up a meal at the Boardwalk!

We were staying in the 70s section of the resort, so the walk over to the Skyliner was quick and easy.

If Skyliner is a priority to you, I can completely recommend this section of Pop Century as best for Skyliner access.

I think it took 5 minutes- maybe?

And it was a peaceful stroll as well.

While I think the Pop Century room tour is helpful, knowing about the Disney Skyliner access is the clincher for runDisney runners!

At least that seems to be the pattern over here.

And I get it- this Skyliner makes getting around Walt Disney World a breeze.