Walt Disney World reopens on July 11th after an almost 4 month Disney parks closure. The list of attractions that will be available is LONG (yay!), but there are a few rides and experiences that will remain dark during this initial opening. What attractions won’t be open at Walt Disney World? Here’s the list you need check out!

What Attractions Won’t Be Open At Walt Disney World

If you’ve been waiting for the grand re-opening of Walt Disney World, you are not alone.

Tips for a reopened Universal Orlando

With theme parks opening around the Orlando area, you might be wondering just how much will be operational. The Disney Parks Blog issued some information about what attractions would be open at Walt Disney World- which is a pretty extensive list.

But I needed to know what wouldn’t be opening at Disney since that could really be a deal-breaker for some members of my family.

I’m happy to say, most of our favorites made the cut!

But here’s the full list of what attractions won’t be open at Walt Disney World this summer.

Main Street Vehicles: I will miss you most of all!

Nothing here I’m super upset about- so phew!

Weep— the Frozen Sing-Along is my favorite way to cool off mid-day. But I get why this one is going to be closed a bit longer, even if it makes me sad.

And with that list, I can breathe a little sigh of relief that our family faves did not make the list of attractions won’t be open! 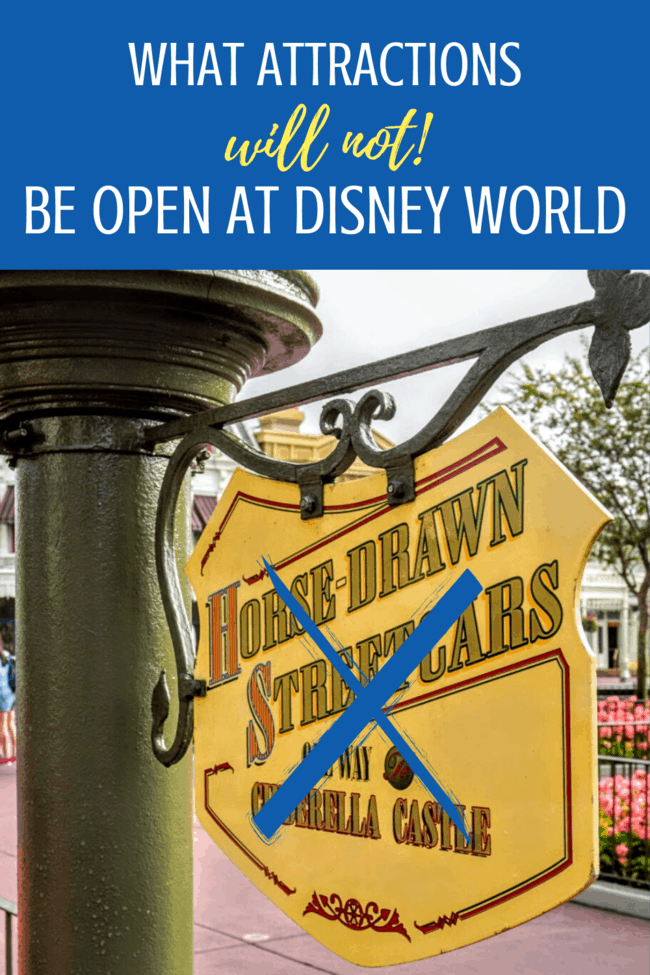