Home » Disney » More Mandalorian For May the Fourth!
Spread the love

Disney+ just announced what we’re all hoping for: some more Baby Yoda and The Mandalorian in our lives! Disney Gallery: The Mandalorian premieres on May 4, 2020. Here’s what we know about this new series.

Disney Gallery: The Mandalorian on Disney+

I don’t know about you, but I’m anxiously waiting for more new content on Disney+.

The wait is almost over for those of us obsessed with The Mandalorian (bring me all the Baby Yoda memes!) because Disney+ is releasing a new series on May 4th.

May the 4th be with all of us! 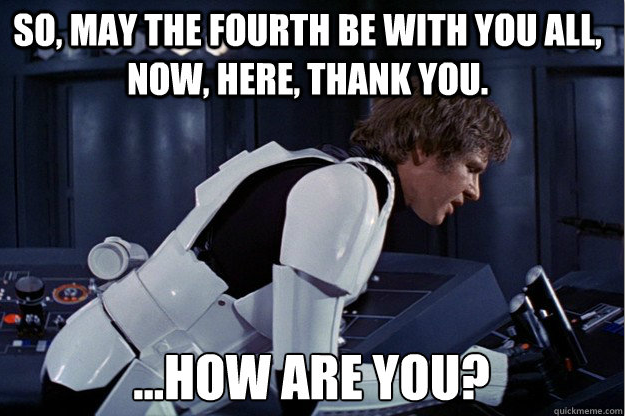 What We Know About Disney Gallery: The Mandalorian

The series premiere will be Monday, May 4 and will have a new episode drop every Friday after that.

There will be a total of 8 episodes in Disney Gallery: The Mandalorian.

We’re getting a behind the scenes look at the making of the series, hosted by Executive Producer Jon Favreau.

“Disney Gallery: The Mandalorian is an opportunity for fans of the show to take a look inside and get to see a different perspective, and perhaps a greater understanding, of how The Mandalorian came together and some of the incredibly talented contributors throughout Season 1,” said Favreau.

“We had a great experience making the show and we’re looking forward to sharing it with you.”

Topics this season include the filmmaking process, the legacy of George Lucas’ Star Wars, how the cast brought the characters to life, the series’ groundbreaking technology, the artistry behind the show’s practical models, effects, and creatures, plus the creative influences, the iconic score, and connections to Star Wars characters and props from across the galaxy.

“We are a participant in the Amazon Services LLC Associates Program, an affiliate advertising program designed to provide a means for us to earn fees by linking to Amazon.com and affiliated sites.”
Copyright 2020, No-Guilt Disney | by Patty Holliday and No-Guilt Enterprises LLC | Privacy Policy
This website uses cookies to improve your experience. We'll assume you're ok with this, but you can opt-out if you wish.Accept Read More
Privacy & Cookies Policy