If you’re wondering what the 2019 Wine & Dine Half Weekend themes are, the wait is over! runDisney just announced the new themes for the races through the most Magical Place on Earth this fall. The 2019 runDisney season is kicking off with a 10-year-anniversary half marathon theme George Washington would be proud of!

One of my most favorite race pictures was with the colonial characters during Marathon weekend one year.

I haven’t seen them on the course before or since- and I was so glad I waited in that crazy long line for this pic!

I’m guessing we’re going to see these guys again on the Wine and Dine half marathon course because the theme ties directly in!

Here’s what runDisney has cooked up for the 10th anniversary of the runDisney Wine and Dine half marathon weekend.

PS- Sarah says this is the best runDisney weekend EVER so you might want to see why if you are on the fence!

The 5K is going to be the Fall Fest.

I don’t think this is very different than before, except that it’s not going to be run through Animal Kingdom.

Kinda weird to carry that theme of The Jungle Book over to Epcot, but- okay.

Disney is all about synergy, so I’m super NOT surprised that the the 10K will be a Frozen theme.

Yes, we’ve had a Frozen race before- but that was Frozen 1… not Frozen 2. I mean, Disney’s not letting this go!

Spirit of America Half Marathon

And the half marathon will feature Mickey wearing his patriotic best- which I just adore.

I’m totally Sue Heck over here: I just love America so much!

I ran as one of the three caballeros in my one and only Wine and Dine half marathon back in 2013, so I’m chuckling over this one.

Love the theme- can’t wait to see the costumes people pull together!

And because synergy is always good- The Lion King will be featured in the kids races.

Are you signed up for the races yet? If not- we can help! Let us help you runDisney this fall- just fill out this form and we’ll get you set up with a quote.

All races are still available except for the 5K. That has 100% sold out at this time. 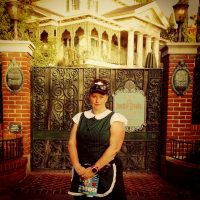 Mistakes at runDisney? Don't make these!

noguiltdisney.com
Spread the love
« Why Wine & Dine Half Marathon Weekend is the BEST RunDisney Weekend
How To Make a Convincing Argument For runDisney- A PowerPoint Presentation »