We’ve all got a little downtime right now- and that means we’re watching way more Disney+ than we were before. Avengers: it’s time to Assemble! We’re kicking off a Marvel Movie Marthon this month. Download this list of how to watch every Marvel movie in order. ps- if you’re a fan of Dom & the Familia, here’s how you can watch the Fast and Furious movies before F9.

The Arms of Marvel. I mean… with this kind of content? You’ve got to watch the Marvel movies in oder!

How To Watch Every Marvel Movie In Order Before Black Widow

There are all kinds of debates on the best way to watch the Marvel movies.

Seriously- this is a thing.

But we’re going to make it super easy here and just say this: if you haven’t seen all the Marvel movies yet, you’ll want to watch it in this perfect order.

And that’s the order the MCU movies were released in. 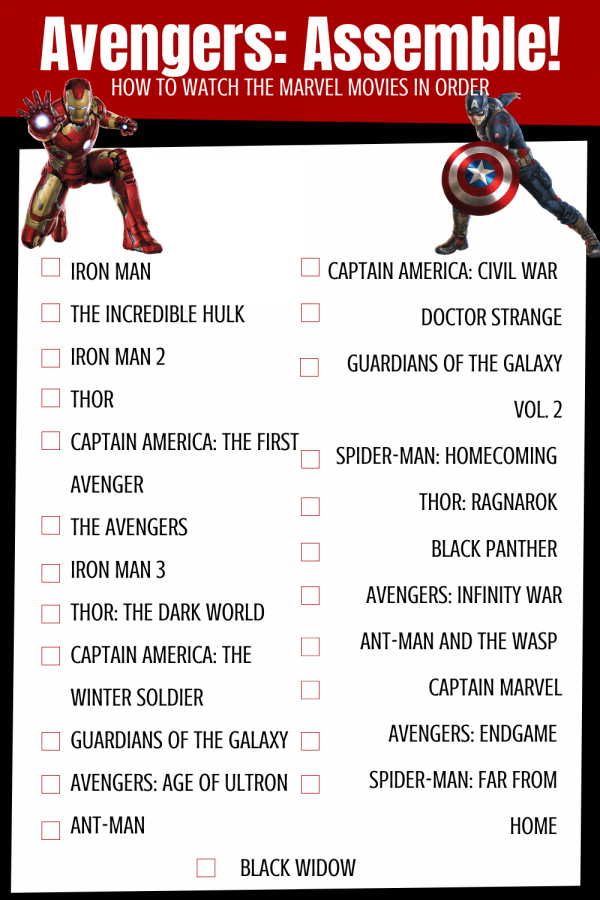 Because in Kevin Feige we trust.

He’s the wizard behind the curtain who made the 23 Marvel movies so far.

And he kinda knows what he’s doing.

And if you want to know how kid-friendly the Mavel movies are, check this post out!

Marvel Movies on Disney Plus

And even better? Most of these movies are on Disney+.

So put your Mandalorian quotes and Baby Yoda memes to the side for a bit and dive into the Marvel Cinematic Universe.

List of Marvel Movies in Order: The Release Watch

Other Ways To Watch The Marvel Movies in Order

If you need more options, I’ve pulled together those for you as well.

You can watch the Marvel Movies in Chronological Order over here.

The Best Marvel Dads from the MCU