Soon after the magic of the Magic Kingdom was behind us, I slowed down.  Way. Way. Way down.  MR *A* kept her pace and soon left me behind.  But my sister came out of nowhere and blazed past me- zing!  Go Megs Go!

Honestly, I had no idea until this year how close we were to the Polynesian, Shades of Green, and the Grand Floridian.  (hint, you run RIGHT past all three hotels) That whole section is a blur.  But MR *A* took some pictures of what I missed. 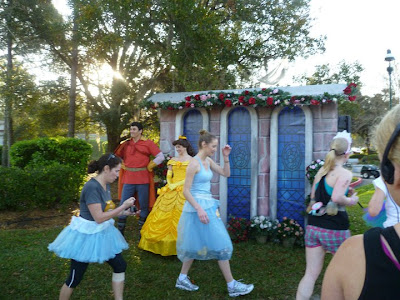 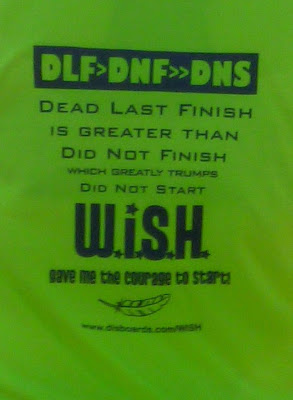 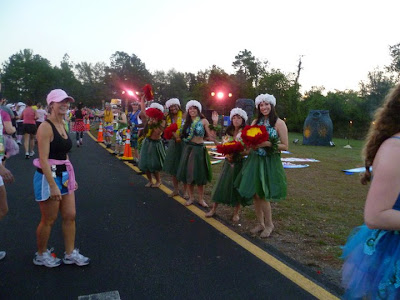 Issues started popping up that distracted me from all the wonderful goodness of the middle course.

There I am, mile 11, just starting the LAST trek uphill.  To be fair, these are Florida hills.  They are not really hills, just the over passes.  But when you are doing this half marathon thing, hitting “hills” at mile 10, 10.5 and again at 11 just isn’t fair.   I heard the rumor on the DISboards that once you get over this, you are onto Epcot property and they will NOT sweep you.  Man… I was cutting it close.

Those guys on bikes?  You guessed it.  The sweepers.  I watched them like a hawk wondering if I was going to have to turn on some super powers and fly my big broken butt up this hill to get to the other side.  I literally let out a sob of relief when I saw them go over the pass, into Epcot, and drive off through the parking lot.

Dudes were DONE.  They were leaving the course and putting their Schwinns away.  Sweepers No Sweeping!

Errr… sort of.  I still had 2.1 miles left to complete, and I was really hurting.  And still so. so. soooo over all this walking. I had been out for three and a half hours already and just wanted it to end.

Eventually it did.  I got there.  I finished.

One highlight of the race was finding another MR and her family (who were just on vacation, she wasn’t running this race) in Epcot. She snapped this picture of me at the end of the course. And posted it to Facebook.  Uhhh… isn’t there a code of sisterhood to allow a MR a chance to edit and approve before posting for the world to see?  I guess it was proof I was still alive, which Mr. Shenanigans appreciated.

The second highlight was the Gospel choir at mile 13.  Amen is right, brothers and sisters, A-freaking-MEN!  They are awesome in their purple and gold robes- I truly can’t wait to see them again.

But even MORE awesome was the one and only character picture I stopped for during the whole race. 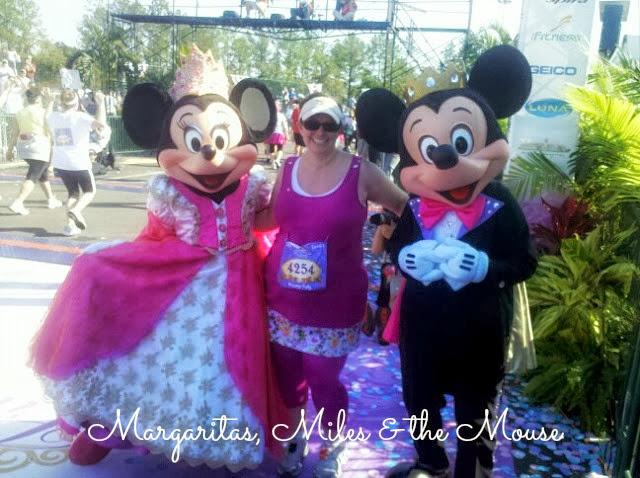 Aaannnnddddd…. I was done!  Finally!  Four + hours later.  I was a Princess.  In the end I “beat” 23- yes, 23- other Princesses to the finish line.  I have to giggle over that fact, considering the fact that I started in front of approximately 16,000 of them.

My friends, my wonderful MRs were there for me at the end.  They had waited hours.  Yes, hours, for me to finish.  I love those girls.  Aren’t we rock-stars?

I haven’t mentioned my sister much, who also ran this race with me.  She rocked it.  I was so proud of my baby sister!  Especially when she ran by me, looking strong, at mile 7.  She started a few corrals back but had no problem catching and passing me.  This was her first half marathon as well, and even though I got there because of the MRs, I am going back every year with my little sis.

After the race and ice bath and Motrin and water and more peeing and nap… yes, I took a nap, dammit.  I was tired.  I was pregnant.  The baby needed it.  Oh man, did I regret that decision!  I could barely walk into Epcot for our celebration dinner at Le Cellier.  The 8 blisters on my toes and feet may have also played a role in that issue, but my legs really hurt.

*Note to future Princesses: DO NOT take a nap.  Walk, walk, and walk some more.  Just keep moving, moving, moving….  It will be worth it when you can get up the next morning.

At the time, I was pretty miserable and wasn’t sure I could ever convince myself to do the race again.  My post race report written a week later was pretty full of misery.  Happy to say, 2 and a half years later, I can pick out some really great things about that race.  There was absolutely a happily ever after to the story.